These 7 amazing spring wildflower hikes in southern Illinois are so impressive they will leave you yearning for more.  All of these areas are open to the public and have good trails for hiking.  And of course they are loaded with spring wildflowers!
Click on each link to view the hike descriptions from the Guide to Spring Wildflower Hikes in Southern Illinois, produced by the Southern Chapter of the Illinois Native Plant Society and co-authored by Chris Evans and Chris Benda. 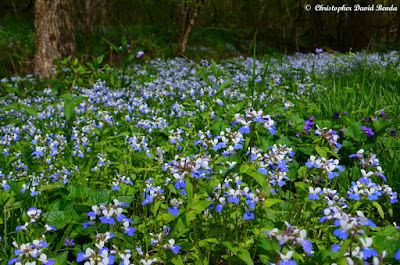 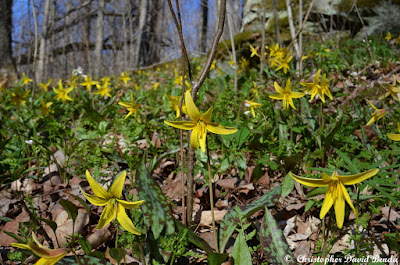 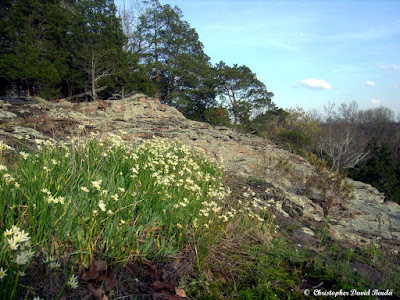 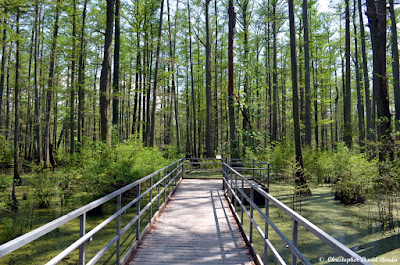 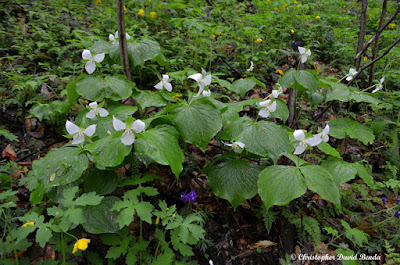 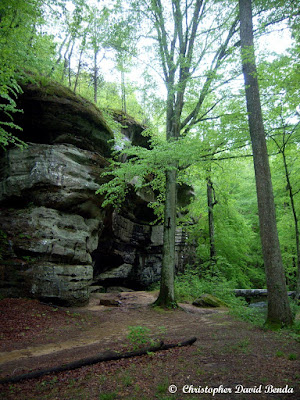 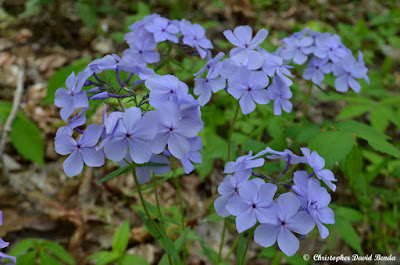 The Doctrine of Signatures is a rather bizarre concept that was embraced by herbalists of long ago. The idea comes from a couple of religious Europeans who suggested that God marked his creations with a signature that suggests its purpose to mankind.  Plants that resembled body parts were thought to have been created in order to treat ailments of that body part.  In the days before pharmacuticals, plants were heavily collected and used as medicine.  The idea was that since God is responsible for disease, he must also have created a natural cure for the disease.
Such is the story behind the plant named Liverleaf (Hepatica acutiloba). In fact, even the scientific name of this plant refers to its resemblance to the liver as "Hepatica" comes from the Latin "epatikos" meaning "affecting the liver."  This plant has leaves that are distinctly three-lobed and in the dormant season they turn liver-colored (brown).  The human liver is also three-lobed and brown, therefore it was once thought that this plant could be used to treat liver disease.  However, this species is in the Ranunculaceae (the Buttercup family), which is a family of plants that are largely toxic! 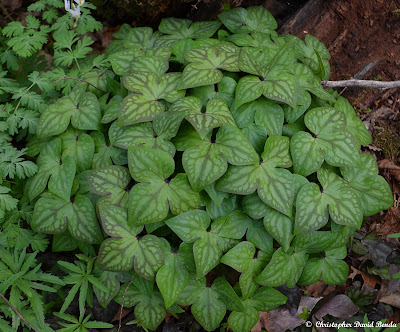 Liverleaf is generally distributed throughout Illinois, but is restricted to undisturbed woodlands.  It has no petals as the showy portions of the flower are technically sepals. It is one of our earliest spring wildflowers. 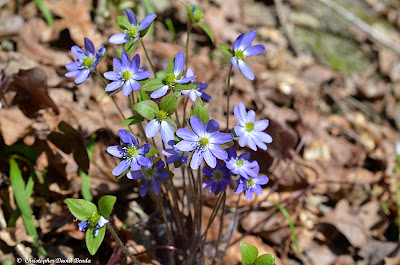 Posted by Illinois Botanizer at 10:23 PM No comments: 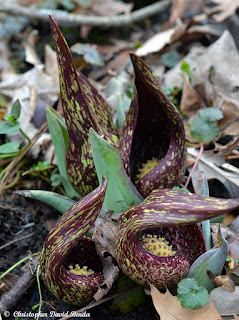 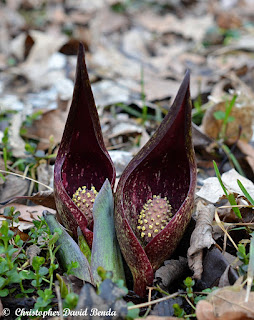 The earliest spring wildflower to emerge from dormancy is skunk cabbage (Symplocarpus foetidus). In fact, this species flowers so early, it could be considered a winter wildflower! Skunk cabbage flowers have the ability to heat up the surrounding snow, which promotes melting so it can poke its fragrant flowers up through the ground.
Skunk cabbage has unusual flowers, like all members of the Arum family (Araceae). They consist of a spathe, an outer sheath which surrounds the inflorescence, and a spadix, a fleshy stem on which tiny flowers are produced.

Many plants that produce flowers at the surface of the ground are brown in color and stink like decaying organic matter. This is to attract pollinators, typically flies, but this also lures in beetles and ants as well. Pollinators are also attracted to the flowers because of the heat they produce which leads to another interesting evolutionary strategy.
Why flower so early? On the one hand, there are not many pollinators available in the early spring because it is too cold for them to be active or present. However, the few insects that are active and present are looking for food and warmth. The skunk cabbage receives virtually exclusive attention because it flowers when nothing else is available.
“Symplocarpus” is Greek for “connected fruits” and “foetidus” translates from Latin to “malodorous” meaning “smelling very unpleasant.” From this, the term “fetid” derives.
These photos were taken in a forest preserve in Cook County on March 18, 2016.  There is a healthy population at this location.

This is what the site looks like in summer.